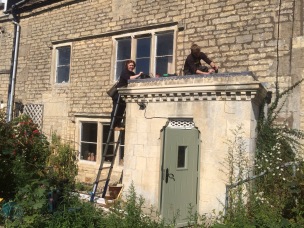 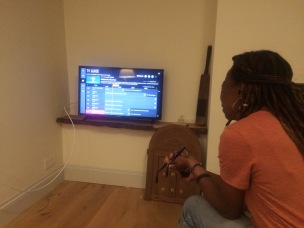 Our last TV used to belong to my dear old Dad, pre-dating when we left for Portland, OR, USA in 2004. It never picked up much in Broom Cottage — probably because the cable was connected to a non-existent aerial we learned on the day we moved out — and BT’s service was so bad we had cancelled it.

Watching TV had become a frustrating test of whether or not we could recite the scripts of the repeatedly-watched episodes of Midsommer Murders or Lewis — the Cotswolds and Oxford are the murder capitals of the world. That was all we could pick up.

Now, with a new “smart” TV and discrete Freesat satellite dish hidden among the sedum on the porch roof courtesy of Katherine and Darren of local  AKM Aerials we are dazzled. Such colour. And the picture doesn’t keep freezing.